In 1934, a man named Robert Noorduyn, born in the Netherlands of Dutch-British parents, came to Montréal from the United States for the specific purpose of designing an all-new bush plane. In an approach that was innovative at the time, his first step was to have formal consultations with pilots and mechanics, including the use of a cockpit mockup. This ensured that their preferences were incorporated from the outset.

After completing the initial design in an office on Phillips Square, Noorduyn moved into a building at Cartierville Airport to begin production. Between 1934 and 1945, Noorduyn built over 900 Norseman aircraft. Powered by the Pratt & Whitney R‑1340 Wasp radial engine, many of them were initially operated by the United States Army Air Forces (USAAF), an early example of export success. Over the years, Norseman aircraft have been used by civilian and military operators in over 60 countries. A small number are still operating in Canada to this day, more than 80 years after they were built!

After searching for a Norseman for many years, the opportunity finally arose for the MAM to acquire one when an aircraft parts company in Kenora, Ontario, liquidated its inventory which included Norseman airframes and parts. In 2017, with just one week’s notice, a MAM volunteer performed a minor miracle by organizing the transportation of a Norseman airframe, a substantial volume of parts, and this aircraft’s log book detailing its complete history. 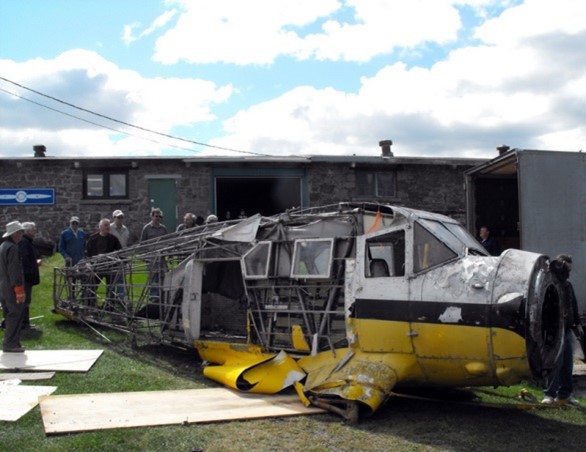 For the cost of the transportation and much hard work, we finally obtained our Norseman. Since then, volunteers have worked to refurbish the airframe for static display at the MAM. Our aircraft, construction number 427, was originally delivered to the USAAF in 1944. After World War II, it was owned by a number of US and Canadian operators before experiencing a take-off accident in 1985.

The MAM’s intention is to present the aircraft in the colours and markings of the first Norseman produced. Registered as CF‑AYO, this aircraft served with Dominion Skyways, an early commercial airline company whose president was Hartland de Montarville Molson, of that famous Montréal family. 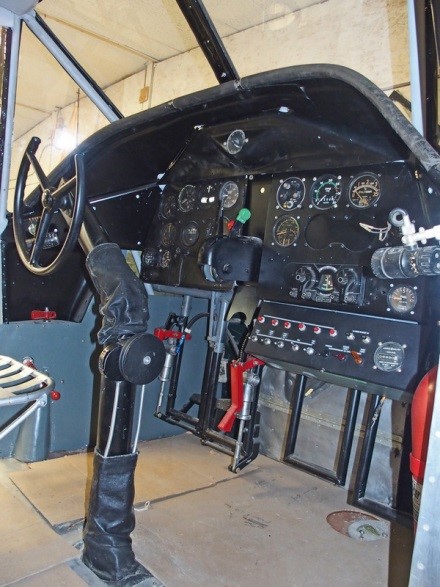 We invite all members of Aéro Montréal, their families, and friends to learn more about the Noorduyn Norseman, the first aircraft designed in Quebec to be mass‑produced, and to follow the progress of our restoration. A member of the team will be available to discuss the restoration process with you and even show you the basics of piloting a large bush plane like the Norseman.