Curtiss Reid’s Contribution to the Development of Cartierville Airport

The first recorded aviation activity at what became Cartierville Airport took place in 1911 when Percival Hall Reid flew three aircraft of his own design from the site then known as the Polo Grounds, where he also built a small but short‑lived hangar. For years, aircraft continued to be operated from the site notably for military and airmail purposes. However, aircraft manufacturing only truly began there in 1928. The man responsible was named William Thomas Reid (no relation to Percival Reid). He resigned from his engineering position at Canadian Vickers and founded his own company, named Reid Aircraft Co. Ltd., to design a two‑seat light aircraft for pilot training and private flying. After completing the design in an office on Craig Street (now Saint‑Antoine Street) in Montréal, he purchased the 98‑hectare aerodrome at Cartierville, erected two small hangars alongside Montée Saint‑Laurent (now Boulevard Marcel-Laurin), and built the prototype of the Reid “Rambler.” 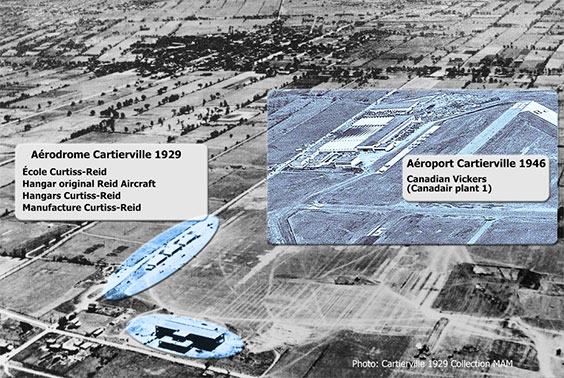 The Rambler incorporated several novel features for its time including a sesquiplane wing configuration without bracing wires, folding wings, and an all‑metal welded steel tube and Duralumin structure with fabric covering. The Curtiss Aeroplane and Motor Company, attracted by the Rambler’s advanced design and encouraged by J.A.D. McCurdy, acquired the Reid Aircraft Co. soon after the Rambler’s first flight in September 1928, becoming the Curtiss‑Reid Aircraft Company. Production began after various design changes were made. In 1929, Curtiss-Reid built a substantial brick building on the corner of Montée Saint‑Laurent and Bois‑Franc Road (now Boulevard Henri‑Bourassa) for this purpose. It also levelled and drained the Cartierville site, substantially improving its suitability as an aerodrome.

The Rambler was well regarded by those who flew it. An evaluation of a later version by the RCAF was also positive but the service ultimately preferred contemporary aircraft such as the de Havilland “Moth” and the Fleet “Fawn,” citing the Rambler’s poor view from the front cockpit. This lack of a domestic military contract, combined with the economic conditions during the Great Depression, resulted in a modest total of 43 Ramblers being built between 1928 and 1937. The Rambler was used to train many Canadian pilots including “Buzz” Beurling who grew up in Verdun and recorded the most aircraft “kills” among Canadian pilots during the Second World War.

During 1929, Curtiss‑Reid created subsidiaries to perform pilot training and air transportation. The pilot training business outlived the other activities, continuing at Cartierville until 1959, based in the original hangars just north of the future location of Canadair’s Plant 1. The production building built by Curtiss‑Reid was subsequently occupied by Noorduyn, Federal Aircraft Ltd., and Canadian Car and Foundry. It then became what Canadair and Bombardier Aerospace employees knew as Plant 4 until the airport was closed in 1988. Currently, condominiums are under construction there, a “sign of the times.”

Curtiss‑Reid and the Rambler made a notable contribution to Montréal’s aircraft manufacturing evolution and to the development of Cartierville Airport which, until its closure, was recognized as the oldest in Canada. No complete Ramblers have survived, but in recognition of this aircraft’s historical significance, volunteers at the Montreal Aviation Museum have built a replica that incorporates some original parts acquired after an exhaustive search. This replica is on permanent display at the museum. 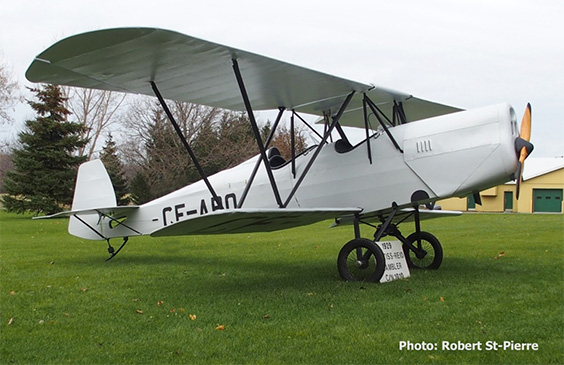