THE GROUPE MELOCHE, A FAMILY-OWNED BUSINESS LOOKING TO EXPAND 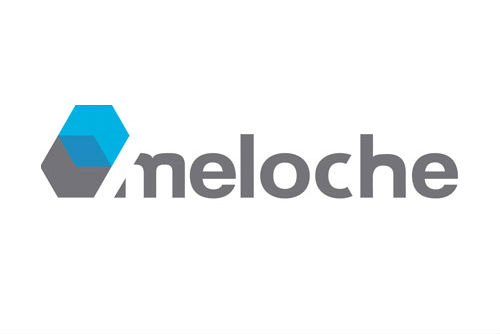 SME in the spotlight - May

The Groupe Meloche is a 45-year-old machining company that started specializing in aerospace a decade ago. Founder Réjean Meloche’s motto was "When we love what we do, success is easier!" This is also the leitmotiv of the second generation of the Meloche family who manage the business, and explains the successes of this fast-growing SME.

With annual sales of over $70 million and 220 employees, the Groupe Meloche is one of the largest SMEs in Québec’s aerospace cluster. It is an integrator for the structural and engine components it manufactures, which means that it carries out the machining as well as the various surface treatments, non-destructive tests and, if warranted, assembly. The Groupe Meloche provides structural components for the A220 and A330 aircraft and is one of the few vertically integrated suppliers in Canada to be certified by Airbus.

An SME at the forefront of new technologies

Innovation and talent development are key to the Groupe Meloche’s success. Several years before the labour shortage became a hot topic, the company approached schools in its region to meet students and raise interest in the trades it needs.

Groupe Meloche moved to "machining 4.0" in 2017 with a $17 million investment in its highly automated and integrated manufacturing centre where human intervention is very limited. Its state-of-the-art manufacturing equipment can perform adaptive machining and deliver highly accurate parts.

Groupe Meloche is currently working in partnership with Fusia Canada to demonstrate and validate the additive manufacturing method for oil injectors in certain engines manufactured by Pratt & Whitney Canada and Safran. This research enables the company to maintain its skills and knowledge in the promising 3D printing manufacturing method.

The evolution of the aerospace industry

In recent years, the strategy of OEMs with suppliers has evolved. To reduce the risks associated with the development of a new program, OEMs now want to do business with suppliers who are also risk partners and are able to invest in the research and development of their portion of the program. Companies that meet these new requirements often have sales in the $500 million to $1 billion range.

To compete with large foreign companies, the Groupe Meloche will have to move to the stage of mergers/acquisitions. It is for this reason that the SME is participating in the Accelerator 360° initiative set up by Aéro Montréal. The initiative aims to enable participating SMEs to increase their development potential through the creation of new alliances as well as through mergers or acquisitions.

Accelerator 360° has four stages: the first is recruitment, where companies are evaluated. Those selected are grouped according to their different strengths and synergistic potential. Then comes the stage of preparation with market development experts who assist and train companies in their strategic planning process. The third step is propulsion, which consists of validating the chosen market and tackling it. The fourth step is the setting up of partnership and/or merger & acquisition.

The choice of a partner

The Accelerator 360° initiative is enabling Groupe Meloche executives to structure their approach and validate it with the group of experts participating in the initiative.

The Groupe Meloche is in stage three of the Accelerator 360° and it is currently validating its choices. It wants to tackle the North American and European markets and become a second tier supplier. The company is therefore looking primarily for a partner who is already a second-tier supplier to aircraft manufacturers.